11th edition of Hellfest came raging down on us with its steampunk bars and jolly atmosphere. They did it again this year, they made us smile and laugh and have fun while listening to our favourite music, in an atmosphere that can only be found in Clisson in June, no wonder they won best Festival of the year in France award.
On top of our favourite sculptures, bars, the Big Wheel and so on, we were glad to find a redesigned Warzone, rebuilt around a statue of Lemmy, a new tent for the Valley (no more annoying poles), good food, a new bar near the Metal Market and the Descent Into Hell, a rope-descent between the VIP area and the Main Stages!!! The people fun as always, the beer in unrelented rivers.
We were split between the 6 stages for the 3 days of festival: 2 Main stages, The Altar and The Temple for extreme metal, The Valley for doom/stoner and The Warzone for punk, but we managed to see some good shows.

Day 1
Monolord set the standard for high volume, their riffs piercing our eardrums, but in the most pleasurable way possible. Stoner metal but extremely heavy and catchy at the same time. We went to see some more Souhern American Metal, with Stoned Jesus, Nashville Pussy and Wo Fat, and we didn’t feel disappointed. We took it down a notch with some female fronted hard rock with Halestorm, went to see french punkers Mass Hysteria and had a menage a trois with Anthrax that sounds as catchy as ever, Turbonegro and their Turbojugend fanbase and Killswitch Engage (who if you think about it soon will be classic metal, ha ha). Hatebreed were the same as ever, energetic, but don’t expect more than good old fun from their music. Volbeat were there promoting their new album and their show is quite a good one, mostly because they have and awesome vocalist. Dropkick Murphys and Overkill were the entré before the mighty Rammstein who might as well would have burned down Clisson. Till was in great shape and it was an awesome show.

Day 2
In latter years metalcore had more resentatives but now there are only a couple slots filled. August Burns Red and Atreyu still gather some people even if it’s a bit early in the day. We couldn’t miss The Voice, Glenn Hughes nor could we have not seen Nikky Sixx’s project, Sixx AM. To really round up the 80’s, Foreigner were an interesting leisure activity. We went on to some heavier stuff, with Goatsnake and some good old Disturbed to prepare for the incredible show that was Bad Religion that had The Warzone packed to the bone. Bring Me The Horizon were headliners but I fail to see why they are better then the other metalcore bands in the festival. The americans of Fu Manchu prepared us for the fireworks to commorate the death of Lemmy. Not as long as the ones from last year, but at least as exciting to watch.

Day 3
Vintage Trouble were a nice suprise and even Honda thought that when placing them in one of their ads. Power Trip reminded us of what a great moment it was when thrash and punk united. Gojira presented their new opus, Magma under the happy faces of many a french, proud to have such great band. Their metal, once tagged as death is now transcending genres. Insomnium are always a pleasure to see, and so are Slayer, always hungry for thrash, even after all these years. I think Tom can outplay many a young band. Amon Amarth brought their viking death metal to Clisson for a tan and Walls of Jericho were not to be missed, now a usual band on the roster of Hellfest, I wonder why… Ghost, what a show. Nuns offering wine, Papa Emeritus dollars, I wonder how much more uncathollic can you get? The music and the singing, exquisite as always. Heaven Shall Burn will always be Germany’s deathcore band. Puscifer are difficul to watch live. Maybe they want it that way. King Diamond was the cherry on top. Not Black Sabbath. But hey, it’s not it was their last show. Wait…

All in all, this year Hellfest had awesome sound, especially at the Main Stages, awesome bands and incredible atmosphere. Keep it up! 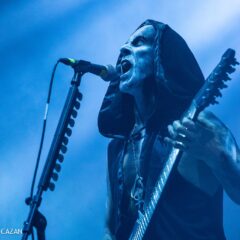 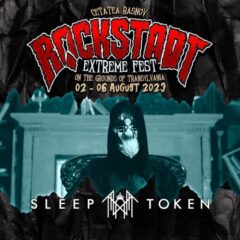 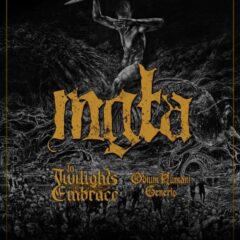 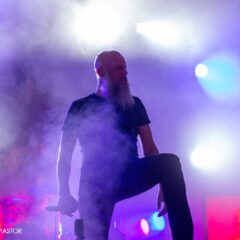 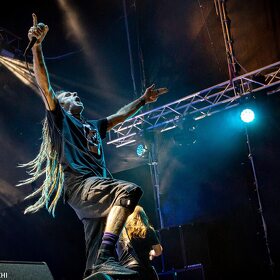 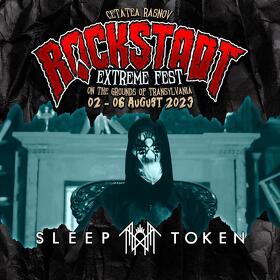 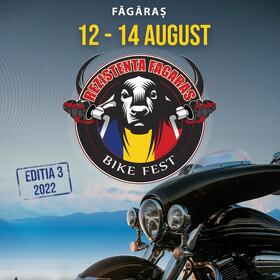 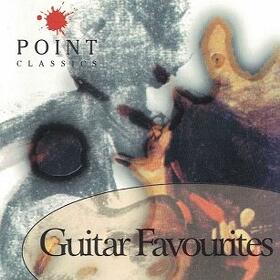 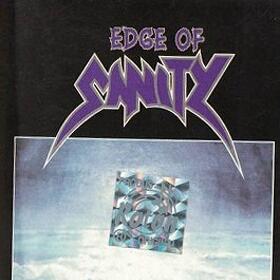 EDGE OF SANITY - NOTHING BUT DEATH REMAINS 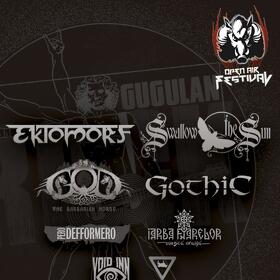