HellFest 2019 – Once upon a time in the west of France

It’s Thursday, the 20th of June, 4 o’clock in the afternoon and Paris is as always a whirlwind of cars and motorcycles. I’m waiting eagerly to get out the office doors, having changed my casual office shirt with a Doom t-shirt, t-shirt which my friend would find cool, mainly because it reminds him of the video game Doom, which we played on PC as kids. When Slipknot were gods and Tool a distant star. As the clock strikes 4h00 I jump out of my seat and make my way towards the parking where 3 eager young men and women were sitting by their bags. I took out the car and on we were, towards Highway A10 and the Brittany sun.

Four hours of route to get to Clisson on the smooth French highway. Some snacking, some refueling and a lot of last minute music catching up. Especially when I hit them with a lot of Cave In, a band I was looking forward to…enjoy. The sun was still up as we got to the little village and cars were yet scarce as either a lot of festival goers were already arrived, or the rest of them would be arriving on Friday morning. But seeing as though this year there was a special event just before the 3 days of classic Hellfest. Knotfest, festival manned by the band Slipknot, arrived in Europe for the first time. Fronting the lineup, the Ricans brought with them Sabaton, Behemoth and other rather mainstream bands. As opposed to Hellfest, not all tickets were sold.

Our home in Clisson for as long as 2015 is a 2 story modern home with garden and big white lazy dog. Once the car well parked and sweaty road t-shirts changed, we made our way to the festival grounds as for some of my friends this was their first time in the Hellfest universe. As usual, 15 minutes by foot later we were at the guitar square, having passed the dozens of cars parked on the right and the left. New info booths were installed that looked like huge amps. Not a long queue to get our entry bracelets but there was some problems with the Knotfest ones, yet the guards were nice enough and patient so in the end all was well. I sent my friends to ogle all the wonders that are updated each year on the Hellfest main street: bars, shops, metal market, all made to appear like Camden Town. I myself headed towards the main stage to witness the great orc drums from Iowa. A special tent was added with different sculptures related to the Slipknot universe, something like a circus the Mad Max would attend. I guess I only saw them only once before, this time the show was decent, good sound and a nice atmosphere. Glad to have heard some of the classics from the first 2 albums. Having indulged in the French beer and good American metal I headed back to my garden tent.

It is Friday, the 21st of June. The sun is high in the sky and our spirits are in an uproar. Showers are taken. Fresh bands t-shirts are being put on. Solar crème is applied. All in the life of a festival goer. Breakfast as always: French bread, pastries and coffee as black as the heart of your ex-girlfriend, as a famous internet quote so nicely put it. Plans of day are being recited. All in all, we are just excited to jump in the merry go round. A merry go round of 3 days of beer metal and decibels. As said, we had set camp in a lovely Clissonian back garden, so we set off having to pass by the mighty vineyards. BTW, the Hellfest site was once a vineyard, and the winemakers of Clisson accepted to have the vines uprooted to make way to the festival grounds. The space grew more and more with the passing years, but it is difficult now for it to grow any more, for more vines to be put down.

First day of Hellfest. I’m a Temple and Altar type of guy, but this year the bands hailing on the Valley really caught my eye. Much less True Black Metal this year, quite enough Death Metal and a lovely list of stoner/doom and even some post hardcore. A very nice parade of bands produced under the big Valley tent, I would mention Conan with their sludgy elephant stoner/doom from Liverpool, My Sleeping Karma with their instrumental psychedelic stoner rock, All them witches that sound even more incredible live, the lightly Graveyard the came to support their latest opus, peace, and finishing with Uncle acid and the deadbeats. The death metal aficionados were happy to welcome Carcass as headliner on the Altar stage. However, some pleasant surprises were present: Cult Leader and their grindy hardcore, Daughters with their math like industrial rock, Power Trip with their incredibly fresh sounding old school thrash and Kvelertak who never disappoint, even with their new vocalist, giving one of the best performances of this year. I must also mention the gigantic concert of Gojira on the main stages, the French technical groove group really having outdone themselves. Another heartwarming group that was highly awaited decided to cancel, Manowar declaring that the organizers didn’t hold up their end of the deal. Curious.

Saturday brought on even more heat. What to do if not to shield oneself fro, the scorching sun, and to do that in the valley? Given the massive line up I evidently was going to submerge in the weed laden atmosphere of the big tent and guzzle up some Sumac with their not-so-easy-to-swallow post-metal with massive Neurosis influences, Mantar, the German crazy sludge duo, the newly discovered Cave In. Next, the German post metal machine The Ocean made their entrance. Their amazing set list was only overshadowed by Envy, this amazing Japanese post hardcore band. It’s one of my friends favorite band and as he put it: I don’t want to know now what their singing in Japanese, as I already imagined it all in my head whilst hearing his wallow. Cult of Luna was the big finale. On the other stages I got to see Bloodbath with Nick Holmes playing the role of a death metal vocalist, and doing it pretty well. Moonspell are as tight as ever, even though their brand of gothic metal has somewhat stranded somewhere in the 90s.To top it all off with some core, Whitechapel and Architects provided some well awaited teenage angst on what the core genres built upon, coupled with technical bravado.

Last day. Last evening on the terrace with the full house. Beers in our hands and stories in our mouths. English, French, Romanian spewing over ashtrays and leftover saucisson. But I’m getting ahead of myself. Again the sun makes me hideaway in the Valley where I start off with Yob and get really enchanted with their old school doom revamped through new proggy groovy riffs. Acid king deliver good old weed smoking stoner metal. Phil Anselmo makes us go ape-shit crazy especially when he tops up the show with a Pantera song. Wanted to catch the Belgian power trio Brutus and their thrashy post-rock in the Warzone but the effects of the Saturday after party were difficult to overcome. Cancer bats said fuck you to the scorching heat and got us jumping. Who said all Canadians are nice? This last day of Hellfest was one for death metal. Starting with the pig squeal of Devourement, through old school Swedish death metal with Vomitory, passing by NY with Immolation, new old school with Vltimas and finishing with a couple of the gods, Cannibal Corpse and Deicide. The inverted cross bearer of Glen Benton still has it burning inside of him. And CC were for me the best show of this year. The 2 sudden walls of death appearing in front of me were deliciously frightening.  Another favorite of mine, Emperor got me the chills as they performed the entire Anthems to the Welkin at Dusk album, as last year, topping it off with a couple of classics. Not a lot of people stayed for Tormentor, Attila’s original band and it was a shame. Although really old-school black metal is not for me either. We witnessed the last Slayer show in France, and it was a tad stale. Maybe boredom has veered its ugly head? One of the highlights of this year, for a lot of rockers and maybe non rockers alike were Tool. With a spotlight avoiding front man and a display animation stretched over the two giant main stages, the Tool show gave our goose bumps goose bumps.

This year’s sound was amazing. Maybe less loud but a quality I really didn’t expect. I got me photographed with my friends in the Doc Martens booth. I ate a ton of Hellfest burgers. I drank a really moderate amount of beer. I got me vinyls in the market. I checked out hot metal-head chicks. I walked and was amazed at the decor. I felt at home. Watched people get tattoos. Watched them buy t shirts. Saw guys picking up chicks. Saw naked breasts. Beautiful and ugly. Saw a girl sitting down and creating a comic whilst watching Sumac. Didn’t talk to her about it although I wish I had. Had a void created in me while listening to Envy. Wish I would come back next weekend. Wish I would have tasted more of the Muscadet. I felt at home. Join me next year? I’ll be at the valley. 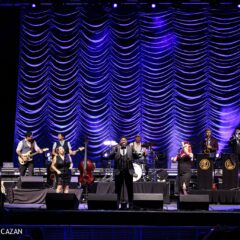 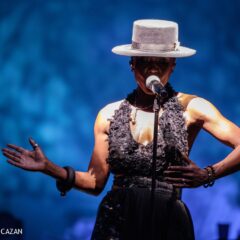 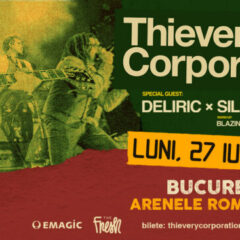 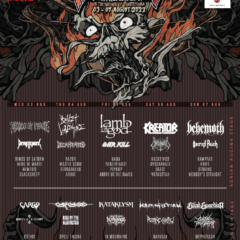 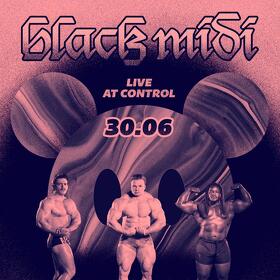 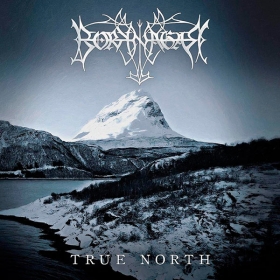 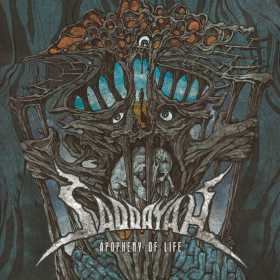 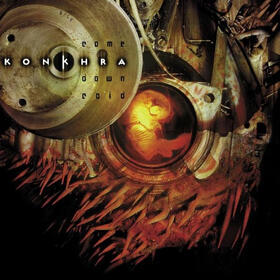 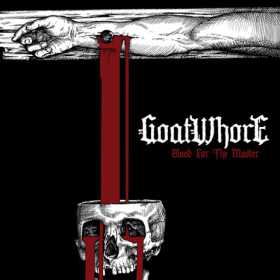 GOATWHORE - BLOOD FOR THE MASTER 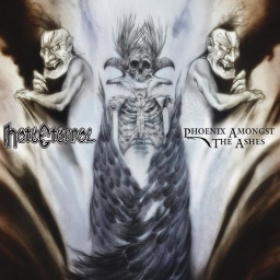 HATE ETERNAL - PHOENIX AMONGST THE ASHES